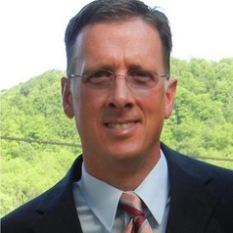 In just 50 years, the Super Bowl has become one of the biggest “shared experiences” in American culture, up there with attending religious services, voting in presidential elections and playing Pokémon Go.

But curiously, many of the tens of millions who tune in don’t actually want to watch football.

Perhaps it’s because the game itself has never been all that exciting, with the outcome rarely a close call. As a response, it seems the NFL has created a thriving, celebratory atmosphere around the game.

So how did a battle of gridiron gladiators become second fiddle to a flashy spectacle of singers, fireworks and advertisements?

The Super Bowl is generally super boring – at least, in terms of the typically lopsided score. The game is so boring that a rehash of all 50 of the past Super Bowls finds that the average margin of victory is more than 14 points. Only 18 of the games have been decided by seven points or fewer, while only seven have been settled by a field goal or less.

The first 20 Super Bowls produced only five close games, and criticisms of the lack of parity in the other 15 drowned out the excitement of the handful of close contests. The average margin of victory for Super Bowls I to XX was over two touchdowns. Sports columnists in the 1970s and 1980s dismissed Super Bowls as “hopelessly” and “unbearably dull,” “sleep-inducing” and “lacking high drama.” Even former NFL Commissioner Pete Rozelle admitted that the day was “probably more of an event than simply a game.”

Still, by the 1980s, the Super Bowl had become a de facto American holiday. But much of the public remained indifferent about the game itself. For example, prior to Super Bowl XXI, one poll indicated that 40 percent of viewers didn’t even care who won.  END_OF_DOCUMENT_TOKEN_TO_BE_REPLACED

In an era of increasing media fragmentation, you could describe the Super Bowl as the only annual media event where a substantial portion of the U.S. population gathers at the same time to watch the same thing: Over 100 million people tune in, and a good portion say the ads are the main reason they’re watching in the first place.

For these reasons, the Super Bowl is the granddaddy of all ad buys.

But in recent years, the tradition of millions of people simultaneously sharing the same commercial experience has become more complicated.

As I discuss in my new book, advertisers are leveraging new technologies to track our personal habits and target us with individualized advertising. In other words, they want to make sure the ads we see are aligned with our existing tastes and preferences. It’s based on research showing that a “personalized” ad is more likely to stick in our heads and trigger a sale.

This sort of thing happens when we receive direct mail based on the type of car we own. It happens in the supermarket checkout lane when our shopper’s loyalty card tells advertisers our purchase histories.

It’s happening during the Super Bowl, too. And it may even change the way we see Super Bowl ads in the future.

Journalists tend to make a sport out of Super Bowl advertising. Like the stock market, the prices of ads get analyzed. Like movie previews, teasers of ads for the big game are distributed and discussed before they air. And just like the game’s biggest plays, the ads get dissected afterward, with advertising experts breaking down which ones worked and which ones didn’t.

Others recognize the collective nature of this event by characterizing Super Bowl ads as important reflections of the national spirit. Apple’s famous “1984” ad channeled the Cold War. Other ads notoriously captured the dot-com bubble of the late 1990s. Last year, various commercials were praised and critiqued for their implicit rebukes of the nascent Trump administration.

But a Super Bowl ad doesn’t just end when its 30 seconds on TV are up; it creeps into our lives in ways you might not realize.

By one estimate, 78 percent of Super Bowl viewers will engage with social media while watching the game. When they do so, they will supply valuable data for hungry marketers. When individual audience members share an ad or make a comment about one on Facebook, Twitter or Instagram – either during the game or after – those posts are tracked and cataloged. They become part of our digital profiles, auctioned off to the highest advertising bidder.

Those who are more interested in the party or the game – but are nonetheless using social media – are still providing information that’s valuable to advertisers.  END_OF_DOCUMENT_TOKEN_TO_BE_REPLACED