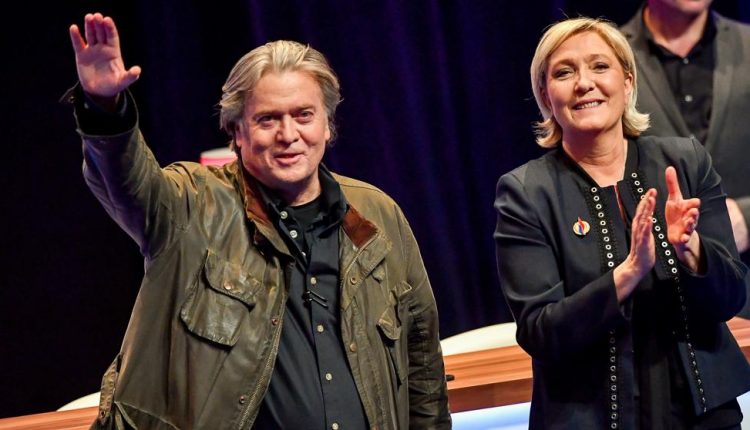 Cambridge Analytica are a big data marketing firm who, according to numerous media commentators, were the critical factor in the election of Donald Trump.  They are the subject of many officially-endorsed, fully-mainstreamed conspiracy theories proposed by different segments of the political-media spectrum.  This week we take a critical look at these theories and ask whether those who believe in them are confusing technological sophistication with real-world effectiveness.  We also examine an alternative conspiracy theory about the company and their associations.

I am sure most (if not all) of you have heard about Cambridge Analytica, the big data marketing firm who won the presidential election for el Trumpo. While calling this a ‘conspiracy theory’ isn’t strictly accurate, since we’re talking about a private firm being hired to provide a service, it has been treated as such by the media that have covered it. What makes it particularly interesting to me is that it is an officially-endorsed conspiracy theory – certain parts of the mainstream media, senior political figures and large sections of the public believe in this. It is a socially-acceptable, politically-correct conspiracy theory.

But is it true? I am not convinced. I’ve had friends and relatives talk to me about Cambridge Analytica, including one who – somewhat ironically – claims they are secretly ruling the world. But I want to offer a different perspective on this, and explain why it is that I’m not as fearful about this as many of the people who’ve read or watched the various media on this topic.

Before we get into that, we should get everyone on the same page, in case there are people listening who either don’t know or have forgotten who Cambridge Analytica are and what they do. So I’m going to play for you this quite widely-used and well-known presentation by Alexander Nix, the CEO of Cambridge Analytica, on The Power of Big Data and Psychographics.

Now, I understand why this makes people nervous. Nix himself comes across like a Bond villain, and has a hairstyle that is reminiscent of the Joker from Batman. He is talking about big data analysis and marketing techniques that he is portraying in a way that makes them sound revolutionary, a paradigm shift in political and psychological manipulation.

The first bone of contention is whether psychographics is more effective than demographics. Cambridge Analytica and those who want to accuse them of politically-motivated black magic want you to believe it is. In his presentation Nix pulls a fast one, asking ‘why should all women receive the same messaging just because of their gender? Or all African Americans, all old people’ and so on. But for decades the use of demographics has been more complex than that, for example they’ll give a different message to a 25 year old African American woman from a poor part of Detroit than they’ll give to a better-off 50 year African American man from California. Nix is simplifying demographics to make it sound like psychographics is more sophisticated and more effective.

He goes on to say that psychographics is better because it is concerned with personality, and personality drives behaviour, and behaviour determines how you vote. Let’s take a look at this iron-clad logical syllogism for a second: personality drives behaviour in terms of intent, but economics and geographics limit behaviour in practical ways. This in turn has an influence on personality – a poor person or someone who lives in the wrong part of the country to do something they want to do might become frustrated. So, to take a relatively cliched example, you might have someone growing up on a farm in the middle of nowhere in Utah whose family is deeply Republican, but due to media exposure or whatever the person is more liberal minded. But they live in a place where they cannot explore that side of themselves, and might become resentful of that. In turn this could go one of several ways – their frustrations might lead to them changing their political views to fit in with those around them. It might result in them upping sticks and moving to San Francisco, where they might become a card-carrying liberal or they might find the local culture very alien and not what they expected, turning them into a California Republican, like Arnold Schwarzenegger.

So I’m not convinced – I think people are far more complex and unpredictable than Nix makes out, and that there are so many factors affecting what political beliefs someone has that trying to determine and influence that from a set of largely meaningless data points derived from social media profiles is, frankly, idiotic.

Meanwhile, let’s apply a little scientific method to this supposedly scientific approach to mass marketing. Ted Cruz, whose policies were pretty similar to Trump’s, was using Cambridge Analytica for considerably longer than Trump. If they were so effective then Cruz would have won the Republican nomination, backed by the unstoppable tide of big data black magic delivered by button-down British psychopaths like Nix. But Cruz didn’t win the nomination, Trump did. This effectively falsifies any claim that Cambridge Analytica was a key factor in the election – that a candidate that used them more was less successful.  END_OF_DOCUMENT_TOKEN_TO_BE_REPLACED